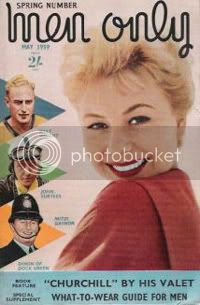 It's about time we had a rummage through me chatty Jiffy Bag of Grot, isn't it readers? And Cor Blimey O' Reilly, I've pulled out a belter. This bloke here used to write three - three! - letters a day to one of our models, all in the same tortured prose that brings to mind Groundskeeper Willie after a three-hour paint thinners-sniffing binge. I'm absolutely kicking myself that I didn't post this one before Valentines Day, as we can all learn from this man how to write affectionate, intelligent, subtle love letters that stylishly allude to potential sexual frisson, if the lady plays her cards right.

Without any further ado, I'd like you to read, digest, learn, and then force back a little bit of vomit in your throat;

How good you must smell first thing on a HOT summers morn. But OOO My Gorgeous Adele. How I Just yern to lick & smell your Gorgeous Gorgeous sexy Botty. I want you to know my sweet. Yours is the MOAST Cutest Botty. That’s ever turned meez on I just canie get those Sexy Bum photies OOT o my mind. In your recent photo shoot for Mayfair. Aw Adele. Your Magnificent Rosey BUM CHEECKS are so Beautiful and I Love Seeing you my Sweet in Black Stockings and A BLACK BRA & PANTIES too. When I woke Feelin RANDY & HORNY. As Hell. Cause of you. I New I had to wank whith your sexy photies to look at your BUM. And end up Spunking IN MY PANTS. Aw Adele how Sweet your BUM must smell. And yer JUICY JUICY pussy. Even if you don’t write please, keep showing me yer sexy gorgeous botty. As even my ex GIRLfriend Never gave me such Great ORGASMS When I’m Wanking over you Adele. But Sweetheart I’d just love to smell YER PANTIES. Adlele Och Adele yer ma favourite GAL and I’d Love to Drink yer pee suppose I’m a wee bit kinky. But I want to ask ye oot Sweetheart my treat fur a Sexy Romantic candle lit meal. Cause Adele ye make me feel & explore myself when I Stroke my BALLS and and PRICK. You really make my COCK Grow 9½ Long each time I see your Golden BUM. I want you to finge your Sweet pussy Just after you’ve peed and dunie wipe it. And think of my 9½ inch penis between your Gorgeous Thighs. It’s cause Adele I think yer so sweet and I find you so ATTRACTIVE but I like to Wank Lots ower you Adele. I carn’t get yor gorgeous sexy BOTTY oot o ma mind AND I’m so desperate to get a pair of your PANTIES Adele please promise some for me please. Now Adele I must awha Noo. But afore I dae/do I’ve a secret to tell ye. When I find time tae tell ye. But I wish you wid come sit yer BOTT upon my face. So’s ah could TOUNGE & lick it and please do me a big favour Adele. Sit that Gorgeous BOTT upon this letter and take doon yer PANTIES first. I dunie ken another GIRL who’m I Want to Sleep Whith Darling Adele only you. You make me Loose Controll and then I wee in my PANTS as I’m thinking of my 9½ up yer BUM. And how I’d love to lick & slurp yer Juicy pussy Adele. Please let yer pubis grow Adele. Aroon yer pussy. Yer bum looks so clean. And so beautiful too. So please Adele be so kind and send me a pair of YOUR PANTIES. And by the way when are you free fur A HOT SEXY Romantic DATE.

I dunno about you, but I think he's a bit of a bum man.

Dear fate, or God, or whoever is in charge of these things:

Thank you that I am not Adele.

Actually, getting past the writing was so much work/fun that I completely forgot to feel nauseous. :)

Well, no offence to Adele, but if she will go around flaunting her Golden Bum like that, I guess you could say people like this are an occupational hazard.

I wonder what Stripey Tiger would make of this chat-up approach...

that actually sickened and scared me

why, oh dear god why, must men make a big issue over their penis size?

That's just scary. I suspect he's a quiet man who keeps himself to himself, and has the skins of young children hanging in his attic.

Are you seriously for real?
Seems like he's taking something as he's writing the letter...

it's the emphasis on that extra half inch that amuses me. Not enough to measure yourself, but to mention half an inch.

I think that guy's written to me too. But only weekly. Thank god.

Maybe if you had a Golden BUM he'd give you more attention?

Well, I almost threw up from laughing..

I'm not sure how appropriate my reaction was, but I just couldn't help but snicker, because I was mentally hearing Groundskeeper Willy saying the words in that letter. Thanks a lot for that analogy, Mr Sex, I don't think I'll ever be able to look at Willy the same way again! :-)

Seriously though... I guess it really would be an occupational hazard of doing that kind of modelling. I guess as a recipient of that kind of letter, it can be hard to just laugh it off, instead of just shuddering for the next few days.

Oh, and dandelion, I can assure you that this kind of shit really isn't Stripey's style. :-)

At least he's open in a pee-drinking, butt-licking, spunktastic kind of way!!

Mr Sex - is he the guy that kept sending in nude pictures of himself, with the camera flash obscuring his face?

I've got to admit being amused that people wonder what I would make of someone else's romantic overtures. Maybe when Todger Talks starts merchandising, they can produce "what would StripeyPanther do?" bumper stickers! :-)

Personally I can't help wondering what Adele made of this guy's letters. It probably is an occuptional hazard, but I don't expect that would have made her comfortable with it.

Obviously this is a joke. It couldn't not be could it?! Urgh.

I was mentally hearing Groundskeeper Willy saying the words in that letter.