So, the World Cup's on, and the northern half of Todger Talk is dead, dead, dead excited about it. And also painfully aware that he hasn't tossed up a blog post in ages. Obviously, the thing to do is to lob up something that links the two. But what?

So...let us return to the offices of the Italian Football Association, as they prepare to host the 1990 World Cup finals. Obviously, as host nation, they're desperate to win it. But how do they go about this - by pulling the squad from club games and forming a cohesive, match-fit unit? Making sure all the other countries hotels are surrounded by mental locals with klaxons? Fixing it so the hosts are the only team used to a rounder-than-ever-before match ball? 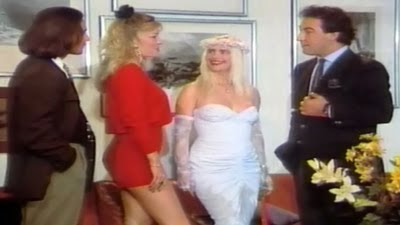 No. You get in La Cicciolina and Moana Pozzi, the absolute front rank of late 80's Italio-Grot, which isn't much of a surprise as it said all that in the title. Obviously, they've been drafted in to sort out the teams' dietry requirements, as well as proffering tactical advice on getting out of a potentially tricky group that contains Czechoslovakia, the USA and Austria... 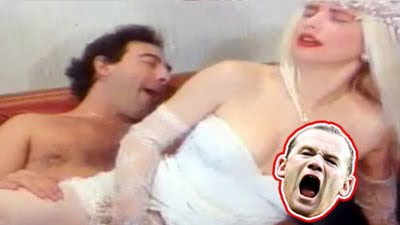 
So, the plot is set up; La Cicc and Moana have been entrusted with the hopes of a nation by nobbling - with the emphasis firmly on the 'nob' side of the word - the star players of the opposition. So who is, ahem, first up? 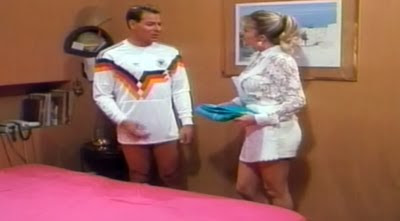 Well, bugger me buttocks if it isn't Lothar Mattäus of West Germany. European Footballer of the year, captain of the team and the very rock of the German midfield (as well as someone who takes a very liberal, carefree European attitude to the donning of trousers). Moana cunningly disguises herself as an extremely sluttish chambermaid, gets into his suite, and offers him a portion on the eve of a crucial group match. Being an efficient professional to the tip of his toes, Lothar surely isn't going to expend vital energy in a pre-match workout, is he? 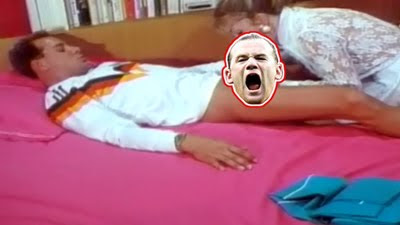 Actually, yes. A bit of stock footage from the 1982 World Cup later, and Germany take a tonking from Italy, who are played by France.

So far, so good. But what follows next is, quite easily, the greatest moment in the admittedly minor genre of proper football-porn crossover films, as the next target is none other than Greatest Footballer in the Known Universe/coke-addled cheating bastard, Diego Maradona. And who do they get to portray this vital role?
That's right - Ron fucking Jeremy. As you can see in that totally-grot-free, not-going-to-get-you-bollocked-at-work video, there's something completely wrong - yet somehow wonderfully right - about having the most famous sportsman of the era played by porn's most prominent cock-on-a-gut. 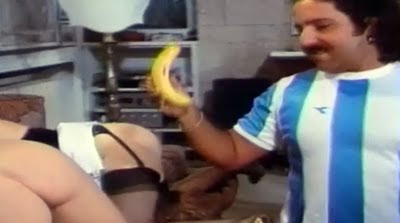 ...which leads to an outstanding banana shot... 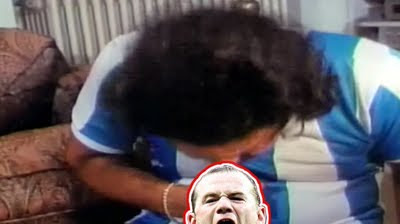 ...and Diego left so pleased with his performance, he applauds and kisses his own nob, uttering "Bravo...bravo" to himself. More stock footage from eight years previous, and it's bye-bye Argentina. 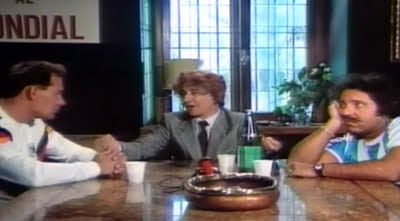 So, West Germany and Argentina are out, and a very pissed-off Lothar and Maradona make an official protest to FIFA. What will FIFA Bloke In Bad Wig do? Offer to replay the games, at vast expense and inconvenience to the tournament? Or point out that no-one was actually forcing them to have it off with a couple of southern Euro-strumps and it's their own bleeding fault, really? 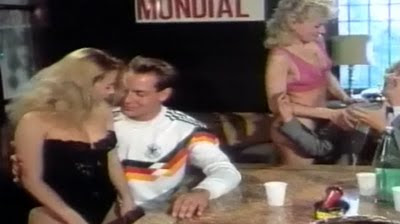 Now then, we're reaching the climax of the World Cup, and only one team stands in the way of the Azzuri and ultimate glory. No, it's not England (and thank God for that - the sight of a Gazza lookalike getting his end away would make me want to sever my genitalia and throw it into the back garden for next door's cat). It's the reigning European champions themselves, Holland. Which means that there's only one candidate for some World Copulation... 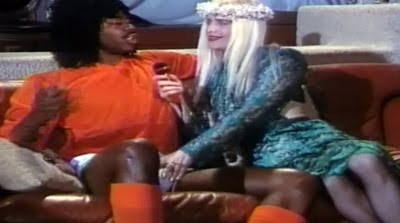 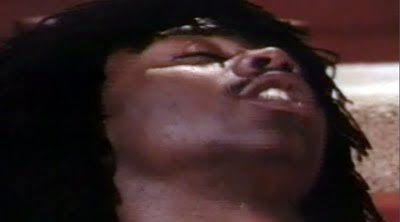 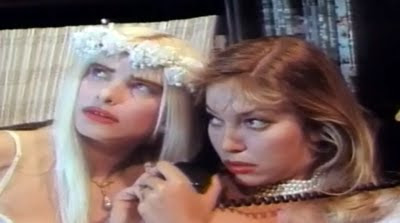 But WAIT! After a girl-on-girl tuppence-licking session that drags out the film for another ten minutes, the girls get a phone call from the Italian FA, saying that Ruud is still not completely shagged over, and he's fit to play in the final. There's only one thing for it... 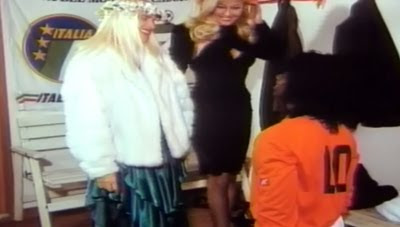 ...a break-in into the Dutch dressing room right before the match. Strangely enough, Ruud is on his own, and the facilities are shocking. Look at that - one plastic bench, and a bought-from-the-market rip-off Italia '90 banner. Bad enough that the Dutch team were nobbled by a German newspaper in 1974 that claimed that they were having a massive orgy in their hotel before the final and pissed off the wives so much that Johan Cruyff swore he would never play in another World Cup, and being fucked over by Argentina in 1978 by a junta that made sure that no-one but the home team was going to win that one. 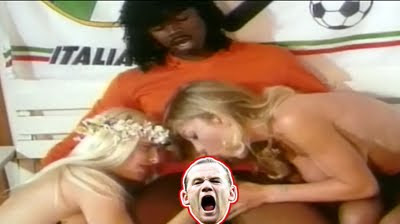 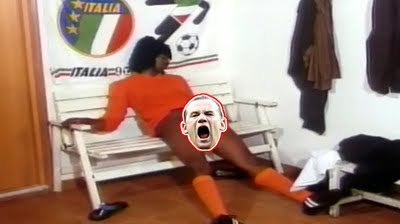 If this film has achieved nothing else - and it has - it's finally answered the mystery of what happened to Ronaldo just before the 1998 final. Not surprisingly, Italy batter Holland, and get to hold up a trophy that looks fuck all like the World Cup... 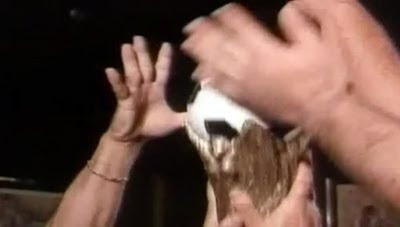 ...and the winning team gets treated to a slap-up celebratory nosh. 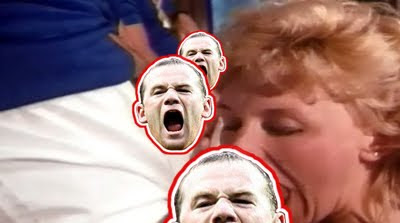 Now if you'll excuse me, Nigeria v Greece is almost done, and I have a sack of crisps to work through. Normal service will be resumed shortly.